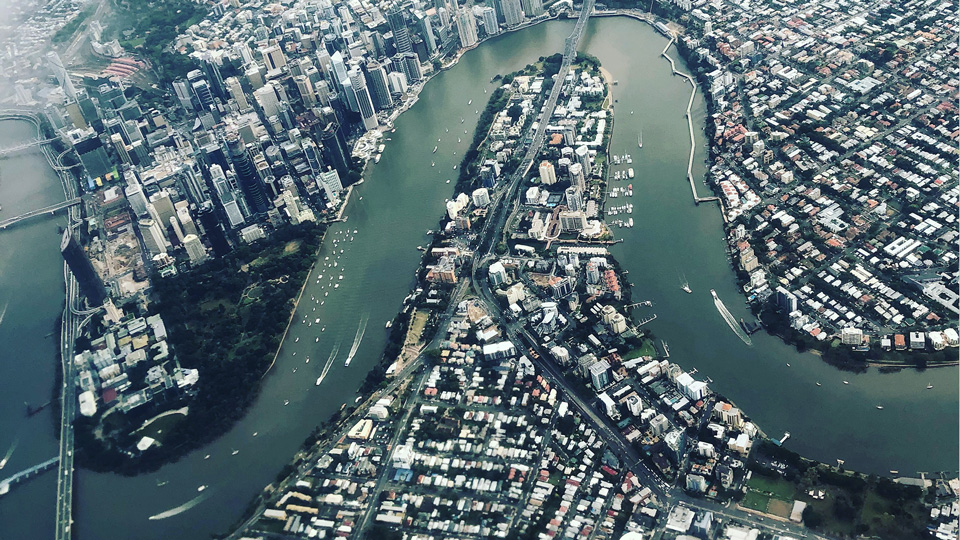 I Moved to Brisbane (Yes Really!)

Sitting here, in the cool breeze. On my first floor deck. Listening to the leaves in the trees swaying metres from me. Enjoying the warmth of the sun on my legs. 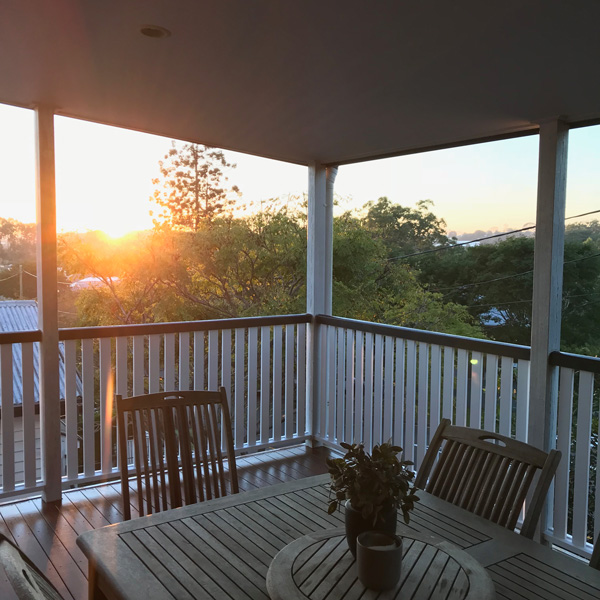 I’m sipping a hot single origin from Burundi, extracted moments ago from the freshly roasted beans that arrived on my doorstep earlier this week. It feels like I could be anywhere.

I am living in Brisbane. Only weeks ago home was Sydney. As it has been since birth.

Why move here? It’s a question I’m getting good practice at answering since making the seemingly quick decision 5 months ago. And up and leaving Sydney in March.

There are lots of factors I have mentioned in response.

The tipping point really came after spending time up here at Christmas with the inlaws.

In fact, I raised the idea of doing a stint up here, on the return trip with my wife. It had been on her mind too. And it was kind of, “if not now, when?” 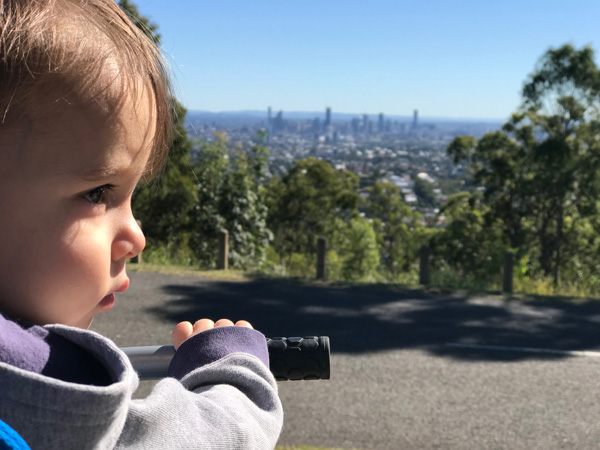 My experience of Brisbane prior to the decision was limited. My father inlaw lives in a very unleafy suburb in the South West that really isn’t inspiring. And I had not spent any real time in the city.

Trusting in each other and the idea, we leapt. The stepping-stone nature of our move meant renting here. And finding a place took far longer than expected. Not for the lack of trying!

We arrived in Brisbane without a place. And we stayed with my father inlaw. Then I spent the next three weeks running my business in Isaac’s nap time, then he and I would cruise the suburbs every afternoon, inspecting any property that was on offer. Properties all started to look the same. Old and ill-equipped Queenslanders. Uninspiring.

Although frustrating, the good that came out of this searching period were many. I mentally mapped greater Brisbane. I’ve become familiar with it.

I found there to be plenty of really leafy, good-vibe areas. Not at all what I expected.

Brisbane has surprised me by what is on offer in the city. South bank. Wow. Lots to do (and for free)! Awesome for entertaining Isaac.

Our house turned up in Tarragindi, a very leafy suburb only 10 mins south of the CBD. We are a top of a hill, amongst tree-tops. It even has a forest! Loads of greenery in all directions.

Tarragindi is not the area we originally thought we’d be, but it only took seconds at the inspection, and I was ready to fight off the four young tradies who were also viewing the property on the day.

An agonising five weeks after being approved, we are here. Partly settled. Mostly unpacked. Only a few more boxes to go. And it’s starting to feel like home. 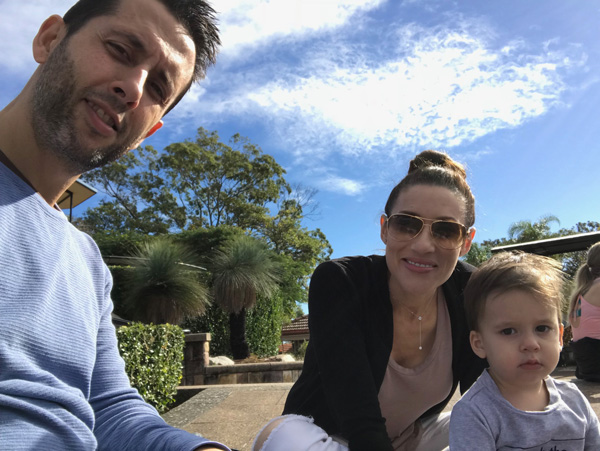 A new chapter has begun, for the business too.

Jess, my new right hand, started with the business only a short time ago. An organisational maestro, she’s the perfect balance to my creator profile. Exciting times are ahead!

We are fast getting everything in place to wind open the throttle and have some serious fun with our clients, creating positive impact. Including our DIY brand story crafting program.

Naturally, regularly flying to Sydney for client meetings is now a thing. Without really checking airfares lately, I was pleasantly surprised to see it’s as low as a mere $121 return (booking only one week ahead).

Ponder that for a moment though. It’s crazy. $60 each way. That’s less than Taxi rides I’ve taken in Sydney (pre-Uber).

I mentioned the untethered nature of my business earlier.

To clarify, my business is fully remote since closing the Pyrmont studio doors. That happened after the realisation client meetings were happening at the client’s places.

It was a paradigm shift for the business. And the shedding of an unnecessary overhead. I wish I had done it years earlier.

The team has since grown, now spanning four continents. I say “awesomeness knows no bounds! As long as there is a working time zone overlap”.

If you’re in Sydney and want to catch up. Let me know, or keep an eye on updates for when I’m heading down and we can grab a coffee or bite to eat. 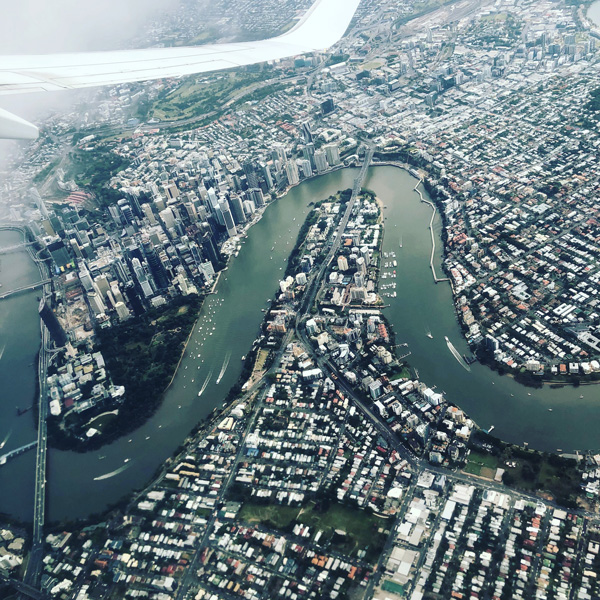 If you are in Brisbane, give me a shout and lets meet up. [Thanks Fahim for the Brisbane pic :)]

If you are anywhere else in the world and have something that you want to talk about, message me, and we can organise a video call.

I love how small technology makes the world.

You really can pick up and move. Almost anywhere. Even Brisbane.

I help conscious business people articulate and tell their authentic brand story to connect with their tribe. I love branding, business, and people with purpose.

Want to know how easy it is to be healthy and full of energy?

One response to “I Moved to Brisbane (Yes Really!)” 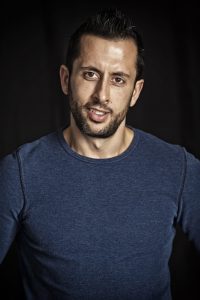 Hi, I'm Luke. I am a brand storyteller and CEO at The Sponge.

My purpose is to Help Good Businesses Become Better Brands. By all means necessary. Including my new book to be released soon. Make sure you subscribe for updates.

About me, Luke Faccini 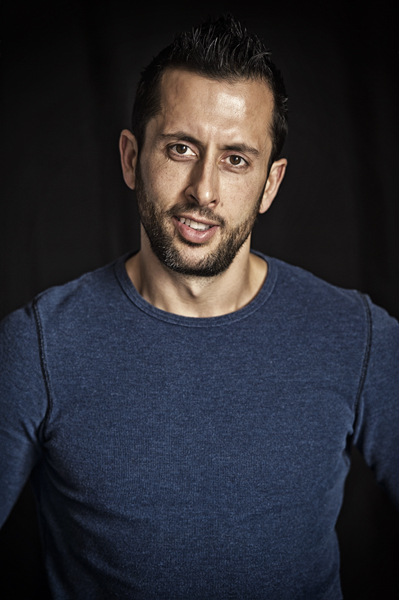 I help conscious business people articulate and tell their authentic brand story to connect with their tribe. I love branding, business, and people with purpose.